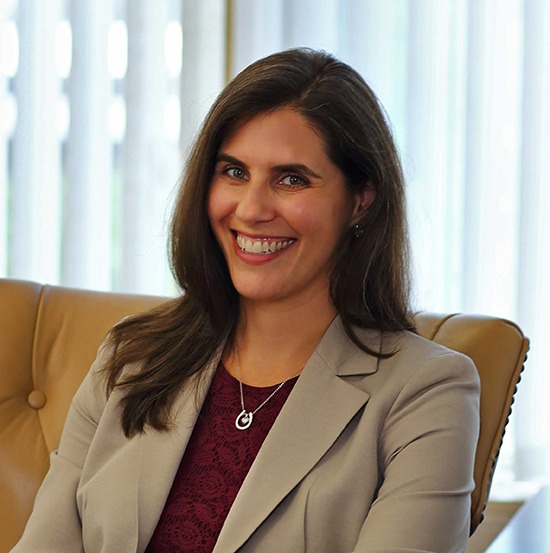 Lauren DeLuca has been engaged in private practice focusing on complex matrimonial cases, custody litigation, and enforcement proceedings since graduating from Albany Law School. She has extensive experience with evidentiary hearings and depositions, net worth preparation and analysis, and discovery management. She has been named to the New York Super Lawyers “Rising Star” list annually since 2016.

Ms. DeLuca is called upon annually to lecture at the fall and spring continuing legal education family law seminars for MatLaw, a respected provider of education, practice tools and programs for family law practitioners in New York. In 2018, she co-authored “The Custody Evaluator Meets Hearsay: A Star-Crossed Romance,” with MatLaw founder Timothy M. Tippins, Esq., which was published in the Journal of the American Academy of Matrimonial Lawyers. She also guest lectures at the Matrimonial Law class of Albany Law School each year. She is a member of the Albany County Bar Association and the New York State Bar Association.

Ms. DeLuca grew up in Greene County and now resides in Selkirk, New York. She graduated with a B.S. in Animal Science from Cornell University, where she was an active member of the Western Equestrian Team. Ms. DeLuca then obtained her law degree from Albany Law School of Union University. While in law school, Ms. DeLuca gained experience through internships in both the Saratoga County District Attorney’s Office (through the Albany Law Clinic & Justice Center’s Domestic Violence Prosecution Hybrid Clinic) and the New York State Attorney General’s Office.

Ms. DeLuca was employed as a law clerk and later associate attorney at Harris, Conway & Donovan, PLLC which was where she first met Ms. LaClair, who then chaired the firm’s Matrimonial Department. It was there that they first envisioned forming their own firm. As Ms. LaClair and Ms. DeLuca have worked together since the beginning of Ms. DeLuca’s law career, they have an impressive unity, a cohesive way of thinking, and a complementary professional style, appreciated by each and every client.